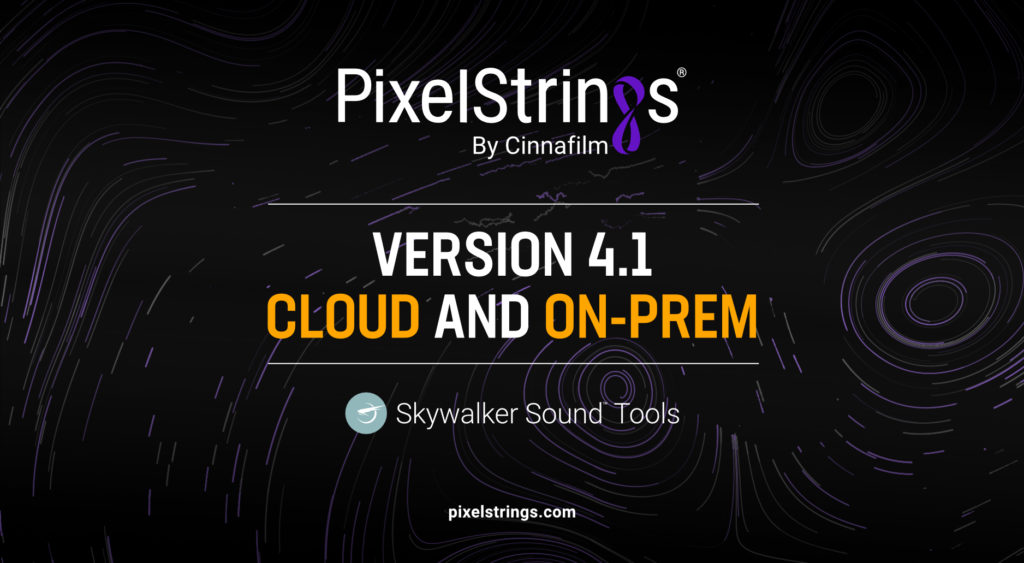 “Without deviation from the norm, progress is not possible.” – Frank Zappa

2020 was a year of transformation and growth for many. Cinnafilm was no exception. We used the time to evolve and excel past previous achievements. Owning the transcoder codebase of one of the fastest transcoders ever created allowed us to devise revolutionary modifications and upgrades exclusively available on the PixelStrings platform. The outcome is a new, faster engine with improved processing library functionality and new codec libraries with Cinnafilm Pixelstrings v4.1.

PixelStrings Cloud and On-Prem Availability: Your Budget, Your Workflows, Your Choice.

The PixelStrings Platform is now available in the cloud and on-premises. The On-Prem option fully mirrors the functionality and interface (for all workflow related items) of PixelStrings Cloud for private, on-premises deployments.

The award-winning Wormhole retiming solution is back with new and improved features. The pinnacle in audio processing, Skywalker Sound audio processing has been added, as well as two new features that allow users to either omit content from output or insert program breaks at any point in the file. One final feature that has returned is the ability to perform standards conversion by adjusting playback speed versus motion compensating new frames.

Run more than one job at a time on the same OS instance (On-Prem version only), allowing customers with significant processing power to process up to 6 simultaneous jobs on a single server.

Cinnafilm uses the “Release Early, Release Often”(RERO) philosophy. We fully control all aspects of PixelStrings Cloud making RERO ideal for us to make improvements and release for all users to benefit in a single push. You can see from our release notes that we really like RERO!

We strive to make PixelStrings the most efficient, affordable Video Standards Transcoding workflow option with the highest level of quality achievable. Contact us with any feedback and suggestions that will make your workflows everything you need them to be.